More and more voices are calling for an urgent reform of the strained Dublin asylum system as migrants continue arriving across the Mediterranean and migration takes centre stage in Europe again.

In an interview with EURACTIV’s Karolina Zbytniewska, Barbara Spinelli, an Italian MEP for the Confederal Group of the European United Left – Nordic Green Left, is positive: “If we did not have the Dublin rules or if we had changed them, we wouldn’t be having what is now happening in Italian ports and in the Mediterranean.”

The refusal of Italy and Malta to take in the rescue ship Aquarius packed with migrants this week has shone a light on the flaws of European solidarity and underlined the urgent need to reform the Dublin asylum system. EURACTIV.fr reports.

Barbara Spinelli is the daughter of Altiero Spinelli, an anti-fascist politician who is considered to be one of the founding fathers of the European Union. The main building of the European Parliament in Brussels is named after him.

Spinelli denounced what she called “the lack of solidarity in the European Union”. “You cannot discuss solidarity. First, you open the ports, and then you discuss the issue.”

She referred to the decision by Italy and Malta not to receive the Aquarius ship, belonging to a French NGO and carrying 629 migrants. The boat was left stranded at sea for several days, while European countries refused to take the responsibility for it. France, which has ports in the Mediterranean, remained silent. Spain finally allowed the migrants to disembark in Valencia.

A need for European solidarity

“There has to be a new Dublin system because the last one established that Italy and Greece are the frontline countries,” said Spinelli. Indeed, a migrant arriving in Europe has to be registered in the country of arrival, where he can be sent back even after crossing the borders to go in other member states.

Border controls even within the Schengen area are thus at stake, as Spinelli pointed out, mentioning the border between France and Italy as a reaction to the French government’s criticism of the Italian behaviour.

“What the French government does at the border with Italy, sending back people who came to France is equally cynical.” Migrants in the Alps who try to cross the border to enter the French territory are indeed blocked by far-right groups, with the police turning a blind eye to those methods.

Italy forged ahead with plans to send hundreds of migrants to Spain in a small naval convoy on Tuesday (12 June) after shutting its own ports to them, sparking a war of words with France that exposed EU tensions over immigration.

“What is tragic in the EU today is the fact that the European Council is not able to reach an agreement on this reform, whereas the European Parliament already made a proposal,” said Spinelli.

Following a string of far-right political successes barely a year before the next European elections, regional and local representatives have called on the EU to urgently act on migration, an issue that has quickly come back to the top of the political agenda.

Like many MEPs, she hopes that EU leaders will manage to find an agreement on reforming the Dublin system in the upcoming 28-29 June European Council meeting, where migration will be the top issue.

Migrants widely seen as a threat

But according to Spinelli, the Dublin regulation is not the only obstacle to migrants’ integration. European citizens are also worried about their social and economic positions and their purchasing power. The arrival of migrants is widely seen as a threat to jobs and national identity. Spinelli sees it differently.

“I invite you to take a long-term view on migration because resentment is part of a short-term vision. Europe is an ageing continent and we need young people. The arrival of people could help the economy. In the future, migrants will be part of the solution, not part of the problem. They will also pay taxes and contribute to the payment of pensions.”

Spinelli finally insisted on the necessity to see the broader picture concerning migration. “We are not confronted with a mass invasion. Many people in the world displace themselves, substantially so in Africa or in Asia. The part coming to Europe is approximately 0.2% of the EU population.”

The European Parliament debated the priorities for Europe on Tuesday, ahead of a crucial EU summit due on 28-29 June. Among those priorities, the reform of the Dublin regulation seems the most pressing and MEPs urged EU leaders to find an agreement on the asylum system. 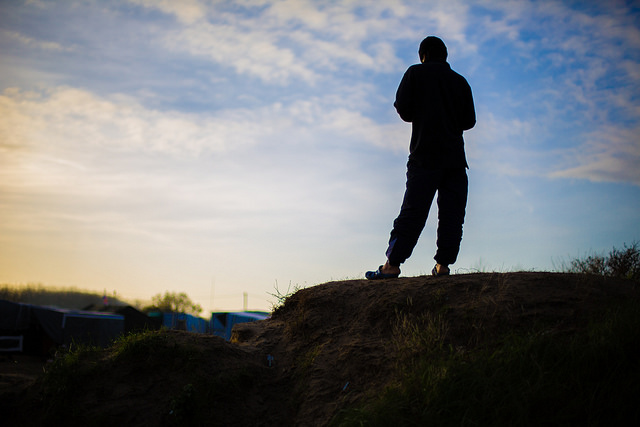 GUE/NGL MEPs went to Calais on Tuesday 1st December to assess the situation in ‘the jungle’ refugee camp where around 4,500 refugees are currently living.  The delegation aimed to evaluate the situation on the ground in the camp in light of reports of appalling living conditions, rape, police violence and attacks from far-right extremists. The delegation met with NGOs and refugees on site. The visit was organised with the support of the local section of the French Communist Party (PCF).

The French state has been condemned for serious breaches of migrants’ rights not to be exposed to inhumane and degrading treatment by the Administrative Tribunal of Lille on 2nd November 2015, and reconfirmed by the State Council (conseil d’Etat) after an appeal by the Home Affairs Ministry which was denying French state responsibility. As a result, the court ordered the French state to carry out a census of all unaccompanied minors on the site within 48 hours and to provide within 8 days adequate sanitary conditions. Instead of improving the conditions, the French government has been putting its efforts into evacuating part of the jungle, notably by putting some refugees in detention centres. This practice has just been condemned on 2nd December by Adeline Hazan, head of the independent authority in France responsible for monitoring places of deprivation of liberties (contrôleure générale des lieux de privation de liberté – CGLPL) who, in an 8-page document, calls on the government to end this practice that is a serious breach of the fundamental rights of the people in question (see: http://www.cglpl.fr/2015/recommandations-en-urgence-relatives-aux-deplacements-collectifs-de-personnes-etrangeres-interpellees-a-calais ).

French MEP, Marie-Christine Vergiat, said: “It was important for the GUE/NGL that a delegation came to Calais at a time when the number and situation of migrants is worsening. We have noted situations that are unworthy of a country like France: increasing numbers of unaccompanied minors and women, including young people with no protection. Hundreds of people who cannot apply for family reunification because Great Britain demanded an opt-out of the directive on this issue. We all noted that the situation in Calais is often worse than in most refugee camps outside the EU and subsequently we are not surprised that tensions arise when the response by the government authorities is limited to controls, arrests and even raids.”

Barbara Spinelli added: “France’s Council of State recently declared that the conditions in the Calais camp expose the migrants to inhuman or degrading treatment. We stand with the Court and NGOs’ pleas for adequate reception conditions right now, together with the facilitation of access to family reunification for the many refugees with family and friends in the UK. Seeing the inhuman conditions in the jungle in Calais, I felt shame and anger because this is not happening in an underdeveloped country, but in our comparatively affluent societies. We, as Europeans, are guilty of two crimes, at least: the failure in our duty of care, and the crime of indifference.”

“The worst part of this intolerable and unacceptable situation is the tremendous vulnerability of women and children in a place where more than 90% of the population are men. This means there is a huge risk of abuse and harassment against women and children, especially considering that all of them have been deprived previously of human justice and therefore anything can be expected; this is even worse in view of the fact that mafias operate and control the camp. I urge the French State and the European Union to follow the requirements of International Humanitarian Law to guarantee minimum living conditions for the refugees,” commented Angela Vallina.

Miguel Viegas continued: “This visit confirms the lack of political will to address this problem seriously. It also contradicts all the speeches and all the promises made in the framework of the European Commission’s action plan. The relocation plans are not advancing and aid for humanitarian work is not reaching places where thousands of people still live in dreadful conditions like here in Calais. We must demand a new approach to refugee policies taking into account the EU’s responsibilities in the existing chaos in countries such as Libya, Iraq, Syria or Afghanistan. In contradiction to EU action based on repression and action to discourage the arrival of refugees escaping the war, we must demand policies based on two axes: the first to promote peace and development in conflict zones and the second based on effective support for refugees so that they find the peace and security that they do not find in their countries.”

For Miguel Urban, Podemos, who previously had the opportunity to witness the situation of people under forced mobility in Hungary, Macedonia, Serbia and Spain (Melilla), said: “The humanitarian situation of more than 4,000 people crammed into deplorable conditions in the Calais camp (dubbed the Jungle) shows how much the European Union and its member states have failed to implement effective solutions to the structural causes of the mass exodus of people from their places of origin, and in which Europe has a fundamental responsibility; on the contrary, by worsening the security approach and the repressive siege of these people rather than anticipating dignified reception conditions and integration, member states are aggravating the humanitarian catastrophe.”

“It is essential to denounce what is happening in the refugee camp in Calais. It is essential that European public opinion knows that at the heart of Europe, the human rights of thousands of people are being systematically violated. Society has to know that the French government and the European Union also are allowing this infamy. All rights for all people!” said Josu Juaristi.

Marisa Matias added: “What we have seen in Calais is not the Europe that we want. The European Union should assume its responsibilities for the consequences related to conflicts. It is not possible to live in these kinds of life conditions which are devoid of any European values. It’s important to come to these places and see how these people are living and not only speak about them, but especially speak with them. I urgently demand that we put a stop to this security-based logic and the criminalization of people who are fighting for a better life. European countries have the obligation to put the human life first and foremost and not the business of weapons and oil.”